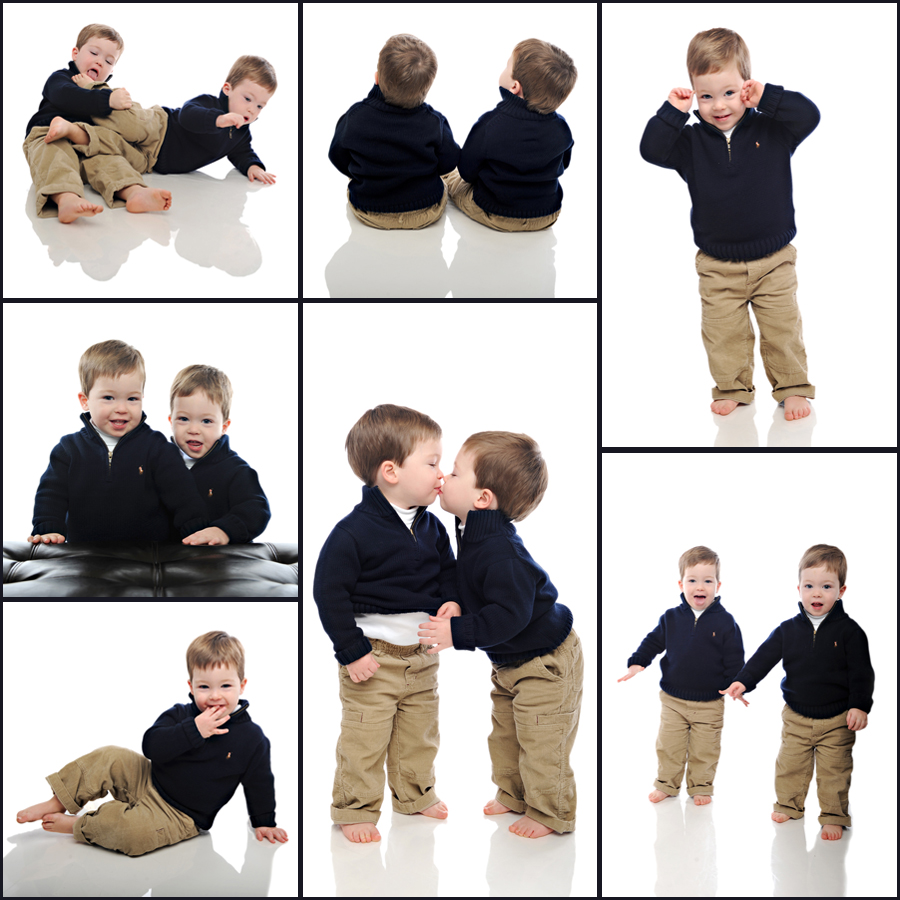 No, I didn’t become a photographer because I failed my grammar tests in school…!
It’s been said “It’s double the giggles and double the grins, and double the trouble if you’re blessed with twins.” Well, that may be true, unless you’re a photographer tasked with editing photos of adorable identical twins like Mr. N and Mr. B! During the twins’ photo shoot in our studio, some creative strategy had to be enacted to get those nearly two-year-olds to stay in the studio, let alone in the vicinity of one another– Elmo singing on my iPhone, held between my knees while I held the camera, & sea shells I brought back from a vacation last winter both did the trick! That was the easy part… then came editing the photos. I had to make sure I didn’t give their mom pictures of only one little guy (but come on… would she really know the difference?? :-) just kidding!!) In the group photos of the brothers together, there was no problem telling them apart… Mr. B is a bit bigger! But in their individual portraits?? Oh, good luck! All of us in the office gathered around the computer for what felt like hours until we found what we were looking for… A little bruise on Mr. N’s forehead, and a tiny little blemish next to Mr. B’s right eye– thank goodness!! They’re not so identical after all! All I know is that those little guys had us laughing long after the photo shoot was over– they were so adorable, so expressive, and just so cute!! Two-year-olds can definitely run the show, but they are so much fun! Hopefully Mr. B and Mr. N will come visit us again soon! 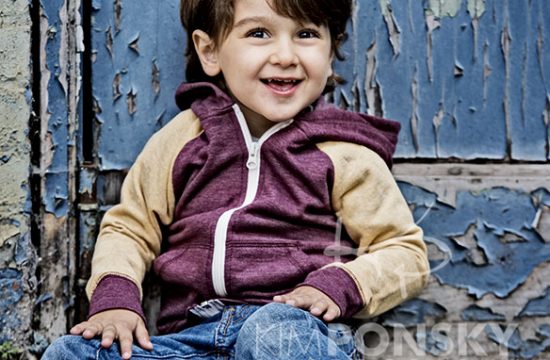 What a “Colorful” Kid! 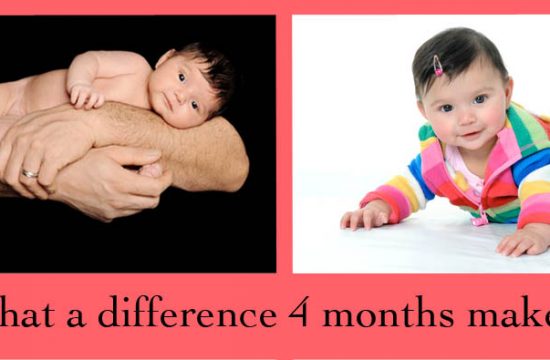